Sera wished that her sire had waited for the man to turn away before saying that. Now he was frowning at them both, dark eyebrows drawn tight above red eyes. Elizabeth dismissively waved her hand, long scarlet nails catching the bright colourful lights that illuminated the stage. Elizabeth swept her wavy dark red hair over her shoulder and returned her attention to the performance too. Sera fidgeted on her seat when she caught a glimpse of the man on stage.

Elizabeth had worked with him during her time at the London theatre. He had been with Vampirerotique since a few years after it had opened a century ago and was their star performer. The large brunet male was currently pumping a woman in centre stage, his fangs enormous as he growled and fucked her side on to the audience so they could witness the whole act. The petite brunette bent over in front of him was moaning with each deep plunge of his cock, her hands grasping her knees and breasts swinging in time with his powerful thrusts.

Two other men were pleasuring human females a short distance from him.

The men sat on the red velvet gold-framed couches, one on each, flanking Victor where he stood close to the front of the black stage. The human females under the thrall of the other two vampires were facing the audience, kneeling astride the one who controlled them, bouncing on his cock and groaning as they palmed their breasts.

Sera looked away, cheeks burning. Elizabeth leaned towards her. In the fifty years that I worked for him, I never once saw him with a woman. Sera had heard the warnings so many times now that they were losing their effect. Unfortunately, those warnings only made her want him even more. According to Elizabeth, the gorgeous male vampire had been alone for God only knew how long. Sera wanted to be the woman to smash his armour and tear down his defences, and end his loneliness.

Her gaze slid back to Antoine. He stood rod straight, posture perfect, shoulders tipped back as he continued to study the performance. She had thought he was just one of the crowd stretching his legs. When Elizabeth had noticed her staring, she had told her that he was one of the owners of the theatre, and an aristocrat vampire. That had explained the tilt of his chin and the air of pride he wore, and perhaps even the coldness that settled on his face at times when he was greeting the more important guests before the show started. He was so distant, even looked miles away as he studied the show, lost in thoughts that she wanted to know.

Elizabeth nudged her and she looked back at the stage, trying to keep her eyes off Antoine. Things were heating up on stage. Victor had finished with his vampire female and was now toying with one of the humans, a young redhead with full breasts. The blond male vampire that had been with the female on the couch was with them, kissing her as Victor stood behind her, palming her breasts and rubbing himself against her backside. 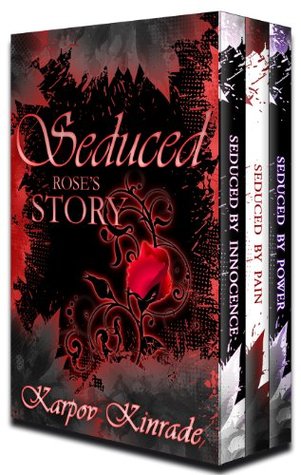 The blond male looked into her eyes and she turned obediently in his arms, coming to face Victor. She stared at him. Or beyond him. She was so deep under that she was probably experiencing the purest hit of pleasure she had ever had.

Sera stared, cheeks heating, as he slowly inched his erection into her body and Victor stepped up in front of the woman. She reached for his rigid cock and closed her eyes as she wrapped her lips around his full length, swallowing him each time he thrust into her mouth. The man behind her pumped her at the same pace, drawn out and deep, slow enough that the audience was twitching for more. Sera stared at the blond male, imagining Antoine behind her like that, his face a picture of pleasure as he slid in and out with long deep strokes.

She supposed that he had probably seen enough shows that he was immune to their effect now. A few impatient growls erupted through the theatre and he flicked a glance over the audience and then went back to watching the show. Sera had tried to talk to him once, when he had passed her by after the show had ended with the feeding and the crowd were leaving. He had blanked her. She had spoken loudly enough that he must have heard her. It was after that moment that Elizabeth had started with the warnings, revealing only a tantalising amount of information about the powerful handsome aristocrat, just enough to make Sera want him even more.

Now, she craved his eyes on her, wanted to hear him speak and know his voice at last, and above all, she wanted to look up into his eyes and try to see past the barriers around his heart so she could understand him. Was his distance from everyone just because he was an aristocrat, or was there more to it than that? A shriek from the stage melted into a moan of pleasure and the smell of human blood spilled through the air, encompassing her. 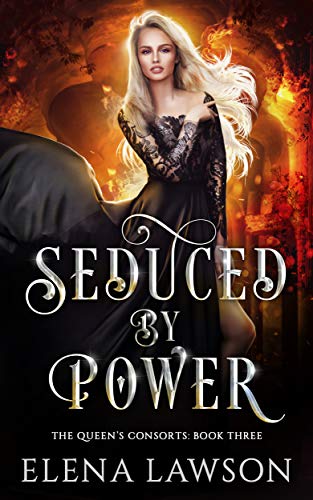 Antoine visibly tensed, his arms flexing beneath his charcoal tailored shirt, as though he had clenched his fists. His pale eyes darkened, changed just as hers did to reveal her true nature. He turned away and she feared he would leave earlier than usual and her chance would slip by once again. Her legs bumped several vampires who were still trying to watch the final act, absorbing the scent and the thrill of bloodshed.

More important matters needed her attention. The men and women she passed snarled at her, baring their fangs in her direction and leaning to one side in an attempt to see past her. Elizabeth made that impossible. She moved slowly and with grace in her long scarlet dress, her head held high and no apologies leaving her lips. It would be years before she had the strength of her sire.